The Internet is flooded with authentic autographed hockey jerseys. A simple Google search unleashes thousands of results. That’s why we created the Autograph Network, your official home for autographed Max Domi and Tie Domi merchandise.

We have a great selection of high-quality Max Domi memorabilia, direct from Max himself. We sell photos, caps, sticks and pucks autographed by Max Domi. The most popular item we sell are Max Domi jerseys. Max’s career is still young, but we stock a wide range of jerseys that chronicle his journey.

Max established himself as a nationally known name through his play on Team Canada in recent international tournaments. We have both red and white Max Domi Team Canada jerseys, each donning his number 16.

Since being drafted by the Arizona Coyotes, Max has taken the NHL by storm on the young up-and-coming Western contender. Max’s jersey have been flying off the rack in Arizona and throughout the league. You can own your very own authentic Coyotes jersey signed by Max Domi. We offer both framed and unframed jerseys 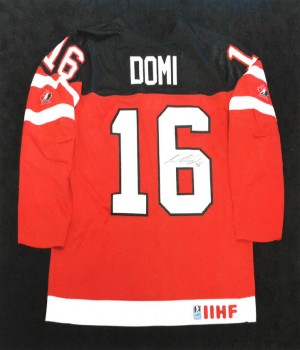 Get ready, we will have official London Knights jerseys arriving shortly. Max first made a name for himself playing for the storied OHL franchise, making some impressive playoff runs during his tenure.

In addition to autographed Max Domi jerseys, we have a lot of other great memorabilia items from Max’s career. We have a great selection of high-quality official photographs autographed by Max including shots from Team Canada, his first NHL goal against the Toronto Maple Leafs, Max’s first NHL hat trick and various other photos from Max Domi’s career. Photographs are professionally framed and some contain authentic game used items. You can also purchase unframed photos and non-autographed photographs. We also have a great selection of Tie Domi unframed photos to add to your hockey memorabilia collection, perfect for any Leafs fan on your shopping list.

Like you, we are excited to see what’s next in Max Domi’s hockey career and we are your official source for autographed Max Domi jerseys and other memorabilia. Own a piece of this journey by purchasing your jersey. All jerseys can be securely purchased online using all major credit cards and are safely shipped worldwide by Pak Mail. 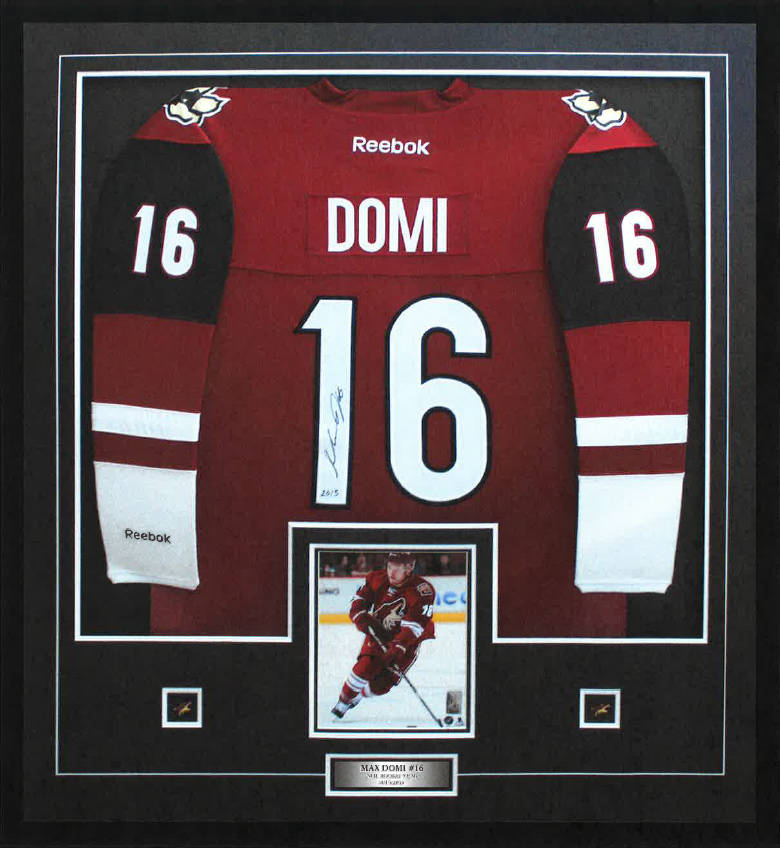