Here are some photos of Max at the Spring Expo 2017. Max was honored to be included in the photo with this many NHL Hall of Famers. Equally as thrilling was getting a chance to sign and talk 1 on 1 with fans.

A great day and weekend. Please check back frequently as we will be adding new items for sale. 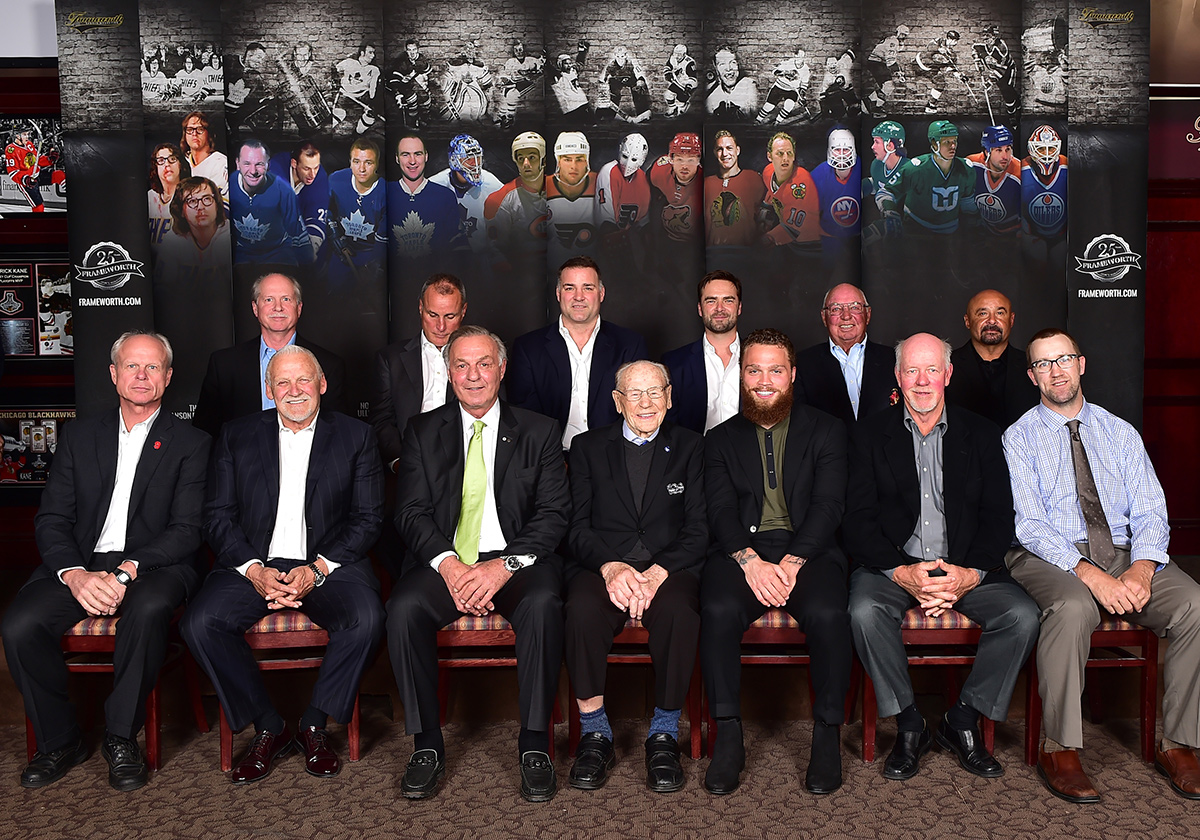 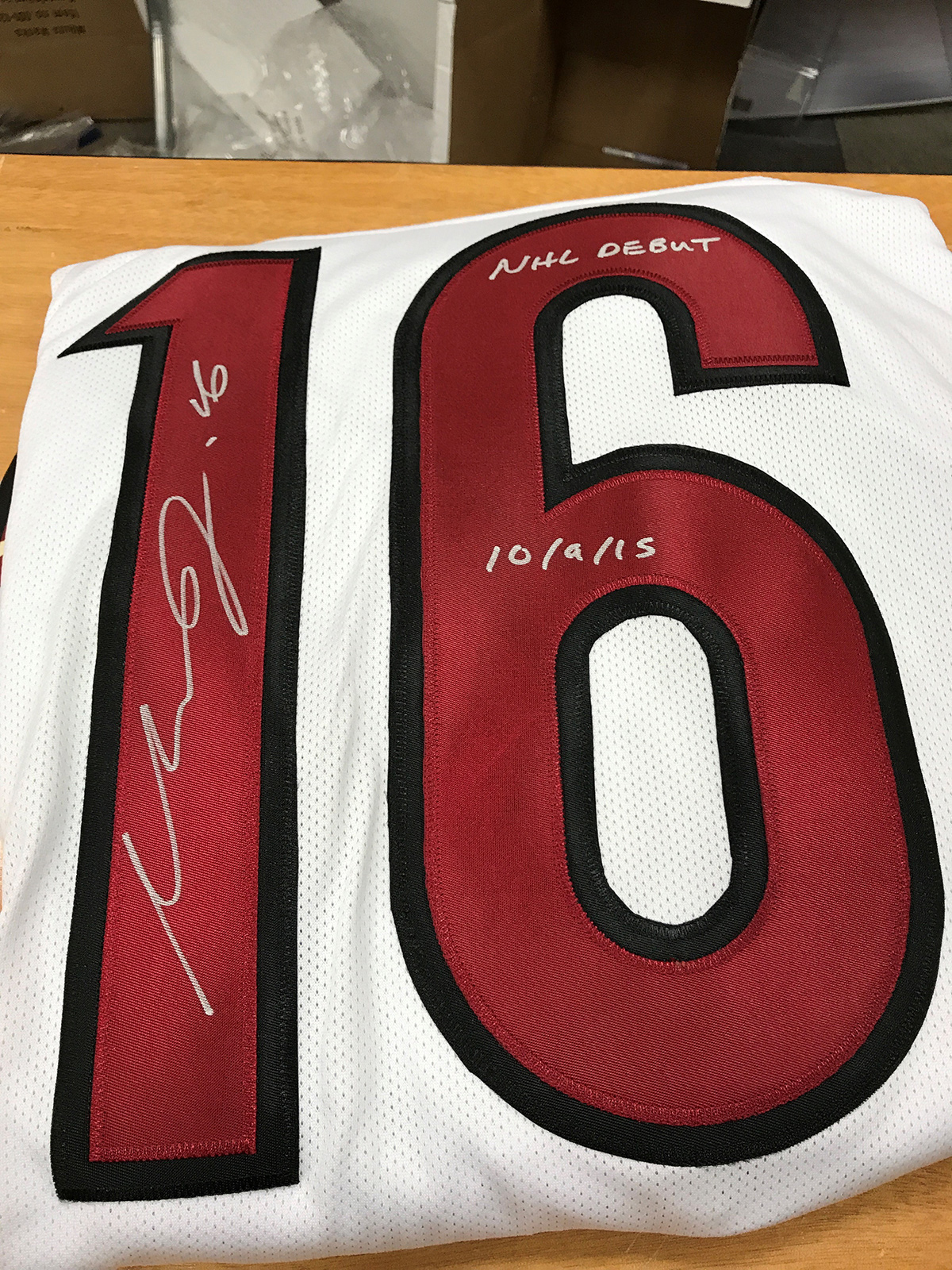 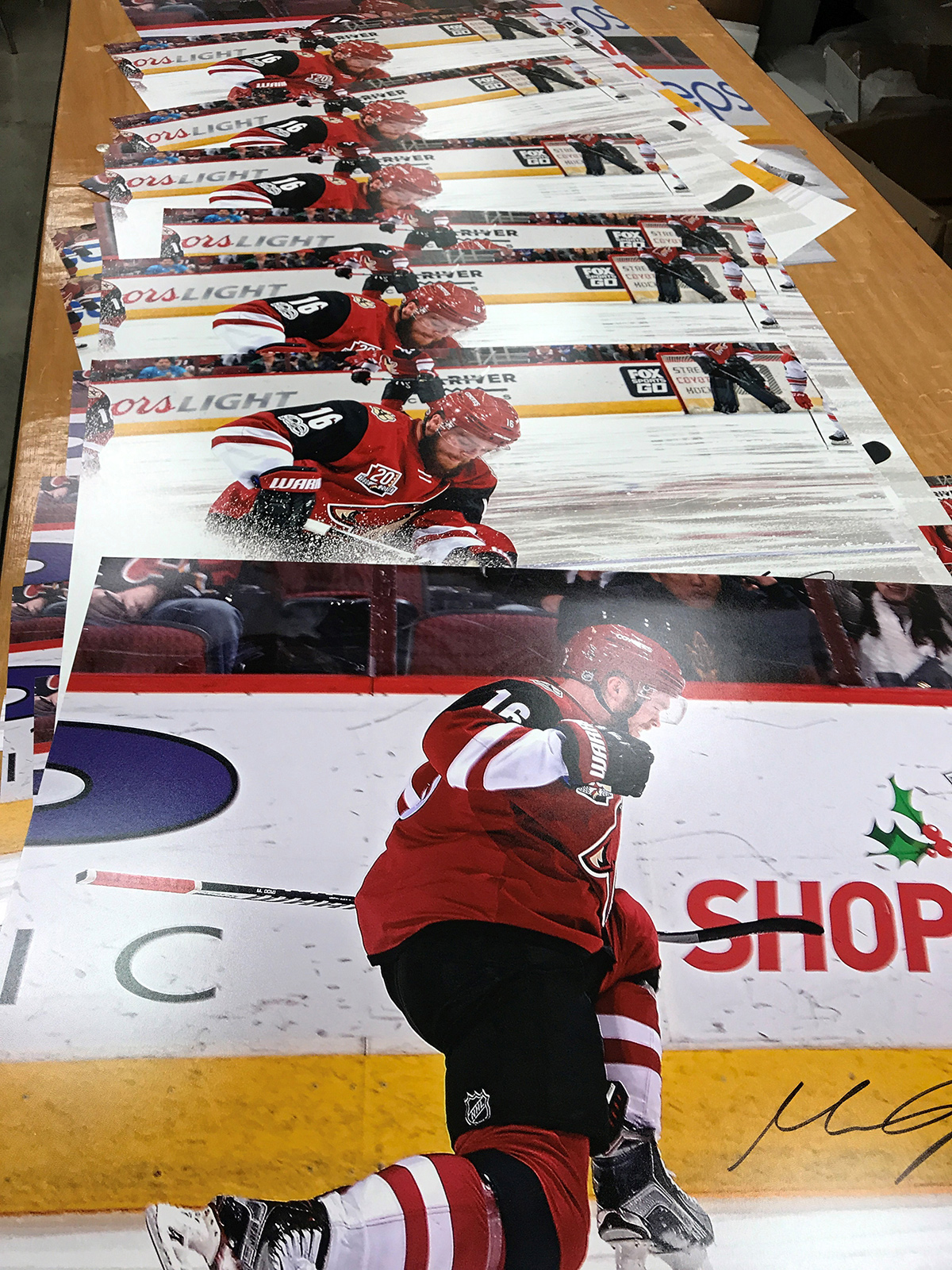 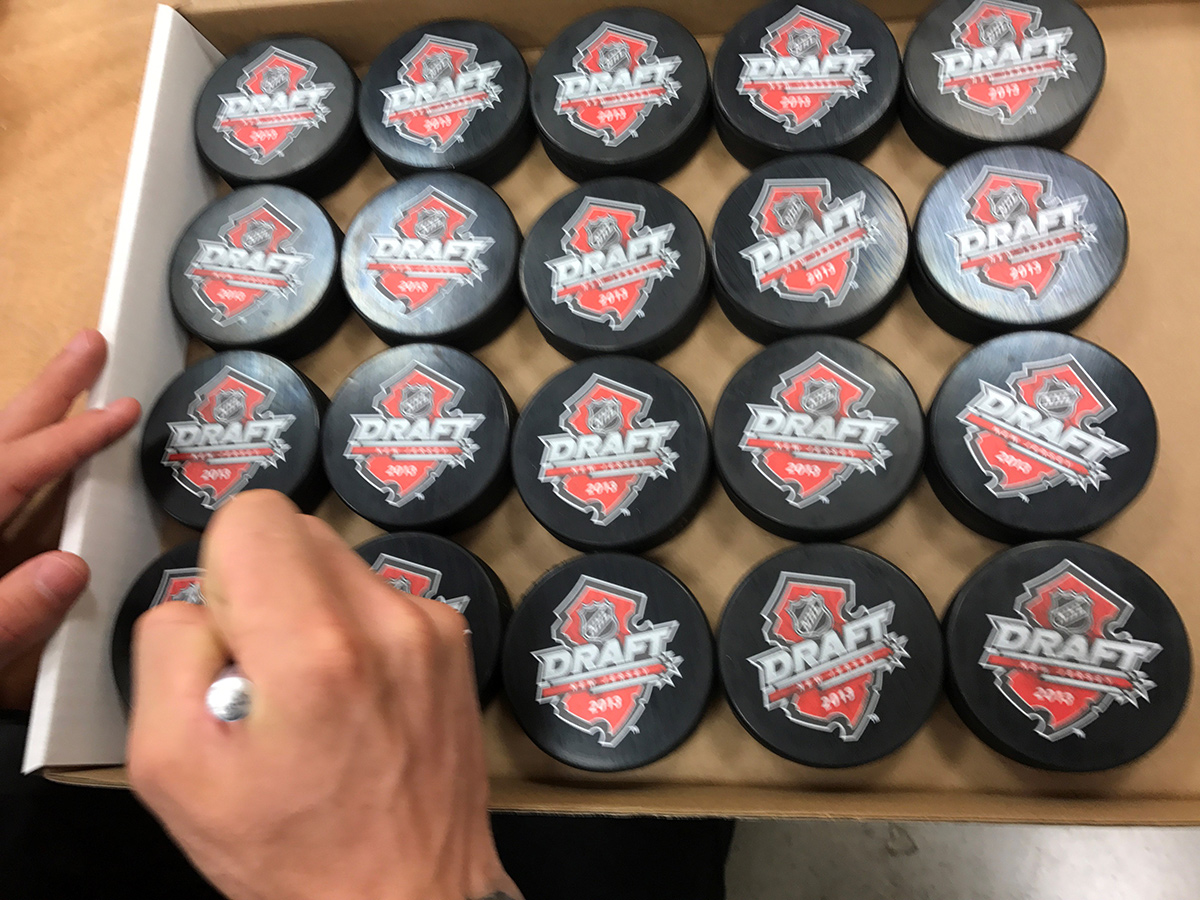 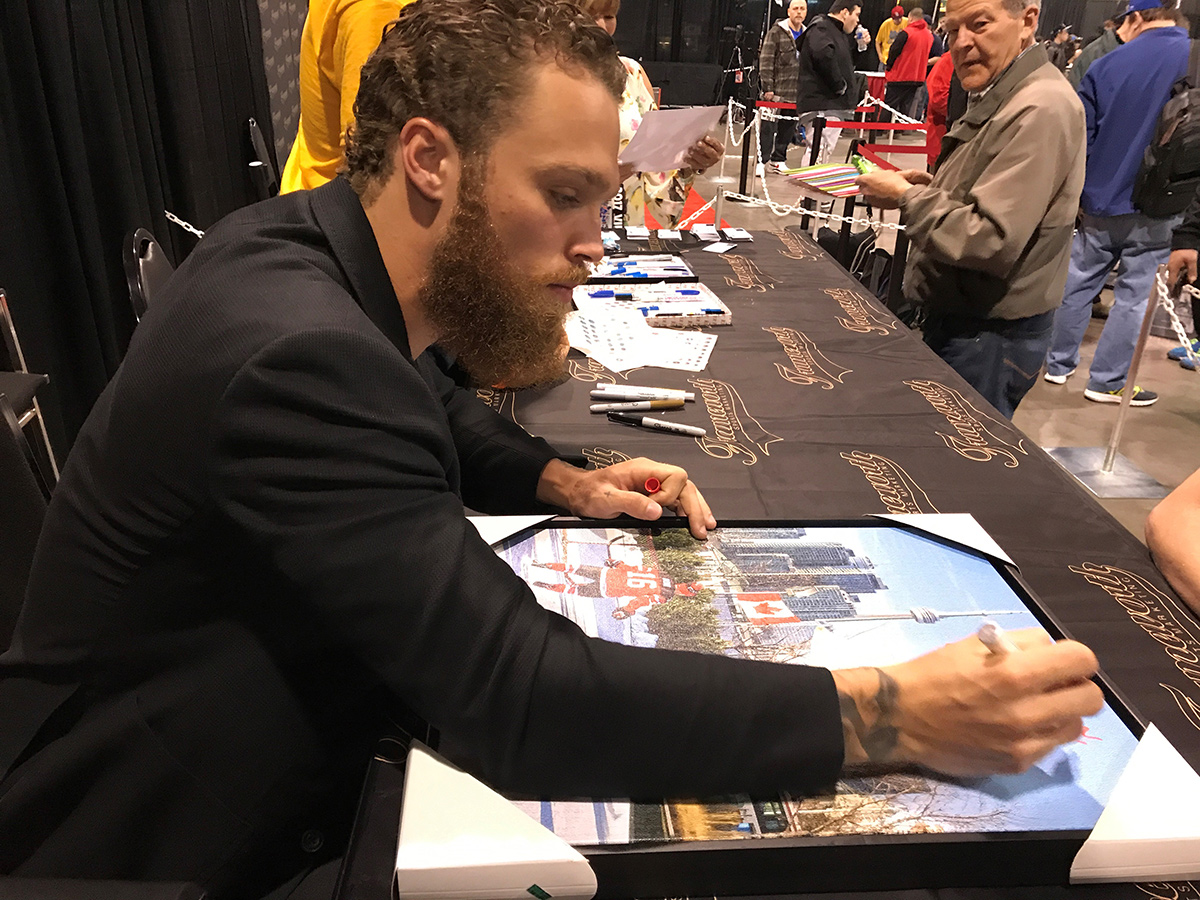 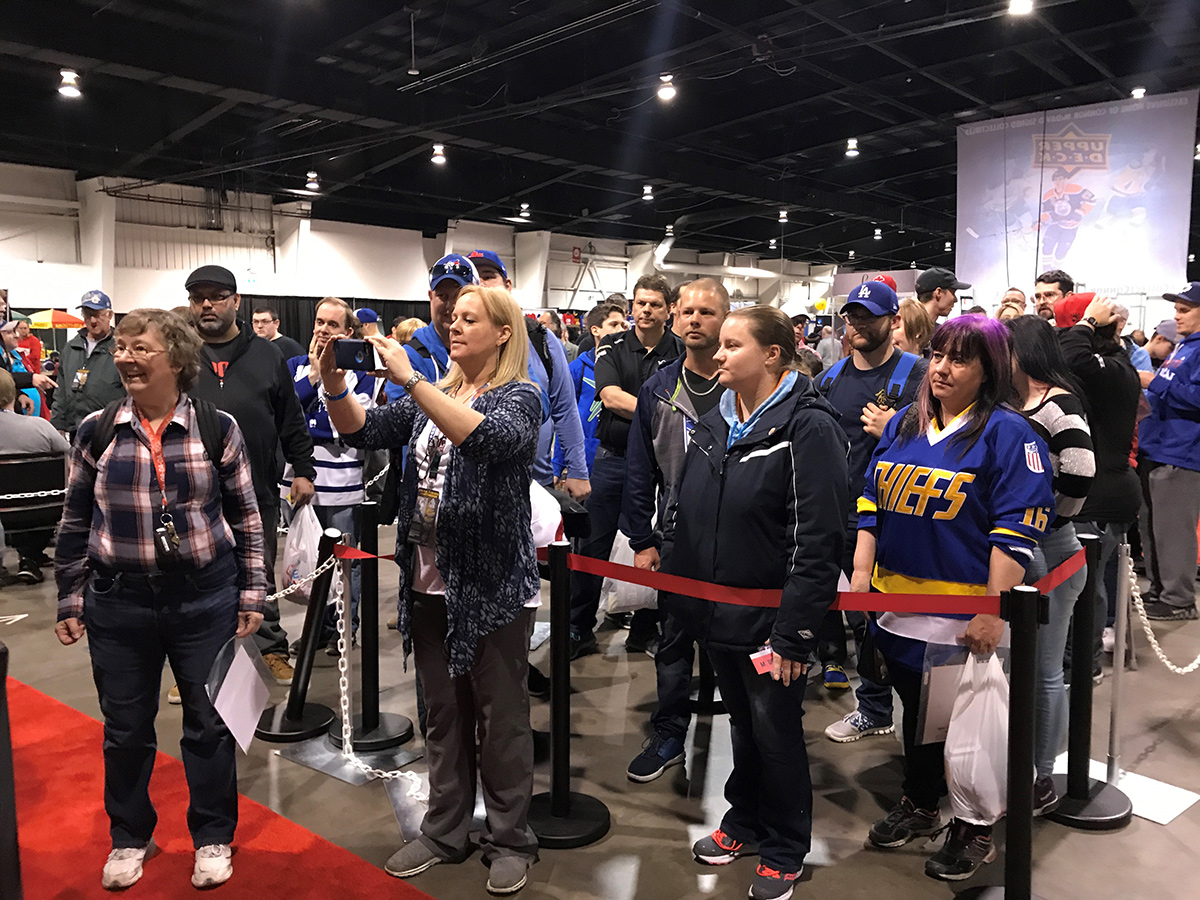 Check Out More Photos From This Event

We’ve earned a reputation for providing high-quality autographed sports memorabilia to our customers and with these recent additions we are happy to help take your collection to the next level with our new autographed merchandise.

What is there to say about Toronto Maple Leafs rookie phenom Auston Matthews that hasn’t already been said?

Leafs Nation took a collective sigh of relief when Toronto scored the first overall pick in the 2016 NHL Draft. Auston Matthews has lived up to his tag as being one of the most exciting superstars to enter the league in years.

It’s easy to see why Auston Matthews’ popularity has grown beyond the walls of the Air Canada Centre and his story is just beginning.

Connor McDavid gained the attention of NHL fans everywhere with his exceptional play for the Erie Otters of the OHL and his fantastic showing for Team Canada in various World Cup tournaments. Fans in across the NHL salivated at the thought of drafting the next superstar to their team. It was the Edmonton Oilers who would end up winning the first overall pick in the 2015 NHL Entry Draft.

His impact on the Oilers was instant, creating excitement for fans across the league. Despite playing only 45 games in his rookie campaign due to breaking his clavicle, the forward managed to finish third in voting for the Calder Memorial Trophy and was a regular on the nightly highlight reels.

Expectations for Connor McDavid’s sophomore season were high. The Oilers traded fan favourite and former first overall pick, Taylor Hall and named Connor McDavid to be the youngest captain in NHL history. The 2016/2017 season has been a good one for Connor McDavid and the Oilers with the team in the playoff hunt for much of the season. McDavid notched his first hat trick and 100th career point, doing so in just 92 games (becoming the fourth-fastest active player to reach 100 points). He also played in his first NHL all-star game.

We’re excited to be selling a framed Connor McDavid RBK Edmonton Oilers home jersey. The number 97 jersey is signed by Connor McDavid. This one-of-a-kind jersey is framed with special v-groove matting and a descriptive metal plate that reads “Connor McDavid 1st Overall Pick in the 2015 Entry Draft.”. A hologram and certificate of authenticity are included with purchase to ensure the legitimacy of the autograph.

It’s almost hard to believe that Sidney Crosby has been dominating the NHL for over a decade now. The Pittsburgh Penguins superstar has been under the hockey spotlight since childhood. The 2005 NHL Entry Draft was often labeled the Sidney Crosby Lottery by the media, with the Penguins winning the rights to sign the future all-star forward.

Sidney Crosby’s trophy case has a lot of hardware in it, including two Stanley Cups and countless other individual awards. It’s fair to say that Sidney Crosby has exceeded the expectations placed upon him when he first entered the NHL. In addition to owning a legendary NHL career, Sidney Crosby has had a huge impact on the international hockey scene anchoring Canada to Olympic, World Cup, and World Junior success.

Sidney Crosby has earned a reputation for being an excellent spokesperson for the game both on and off the ice. He is the face for many well-known brands including Adidas, Bell, Tim Hortons and Gatorade.

There have been some great closing pitchers in Toronto Blue Jays history, but the position has also come with some headaches for fans. Roberto Osuna has owned the position debuting for the ball club at the beginning of 2015 at the age of 20, making him the youngest pitcher to suit up in team history.

Roberto Osuna developed quickly, known for having a fastball that’s capable of hitting 97 mph on the radar gun and also has a slider and change-up in his pitching arsenal. It’s easy to see why Roberto Osuna has become a Toronto fan favourite and has been a key member of two playoff teams.

With his young age and a high potential, it is fair to assume that Roberto Osuna has a great chance of adding his name with some of the Blue Jays greatest players.

We are proud to offer a great selection of official Roberto Osuna autographed memorabilia including signed replica Blue Jays jerseys and signed photos.